What is Cloud Hosting?

In recent years the buzz around Cloud hosting has become prevalent in daily technology lingo. Often times you may have already been using the cloud without even knowing it by visiting a website or even with your day to day online transactions. The cloud has been associated with innovation, stability and flexibility. Almost everything related to online commerce, applications and stability are now touting “the cloud” as a way to market their services as being more reliable and accessible. Major industry players such as Microsoft have spent large sums of advertising time and efforts to bring the cloud concept into main stream markets and mindsets along with its benefits and existence.

So you’ve hear all the talk and marketing about how great the cloud is but the questions still remains what is the cloud? And why exactly do you need to be in the cloud?

What is The Cloud?
The most basic explanation of the cloud is a group of servers and applications on the internet where its sole purpose is to deliver services using the resources of the servers. The word cloud originated in the 90’s when a cloud symbol was used to represent a complex infrastructure within a system diagram (meaning it had way too many components to draw them all out so it was depicted simply as just a cloud).

These days when you hear about cloud in regards to hosting it is very much the same concept where a service provider has a large group of pooled server resources for the purpose of renting out portions of its resources as needed to its clients.

Using Cloud servers for hosting is the most common function for the cloud but the platforms and applications that can be run in a hosted cloud are endless. Examples of cloud hosting are:

The possibilities of applications that can run in the cloud are endless. Adding applications into the cloud such as a terminal server with your companies Simply Accounting allows your employees and workers to use the internet to access these applications remotely and securely anywhere and anytime.

With Microsoft’s Office 365 you have heard the commercials and seen the TV ads. The most well-known and advertised cloud product that caters to both personal use and business is the Microsoft Office 365 cloud offering. This offering allows its users to host their Microsoft applications in the cloud at a manageable price point. These applications include Exchange, Sharepoint, Word, Excel, Powerpoint, Lynx and One Note.
Using Cloud Servers , provides your business Cost Benefits and big-time flexibility.

One of the major benefits of the cloud is its ability to be flexible and adaptable to changing environments. The cloud hosting pricing model has always been pay for what you use and scale up when you need it. What this means from a cost and scalability perspective is being able to scale up to the power of a full dedicated server, when you need it and scale down to a smaller footprint when you don’t.

For example, if you are an online ecommerce store where you know an upcoming online promotion will triple or quadruple your traffic for the next month. Instead of having to upgrade, or migrate your cloud server to a bigger platform with the cloud it’s as simple as calling up your service provider and adding the necessary resources you need that month to handle the traffic. Once you’re back to normal traffic levels, simply request to have those resources removed. It’s the perfect scenario for sites that need the flexibility to add power when they need it and remove it when they don’t. 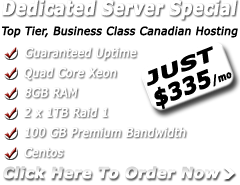 What is Cloud Hosting?

In recent years the buzz around Cloud hosting has become prevalent in daily technology lingo.[...]